A novel, published in New York by Mondial in 2010 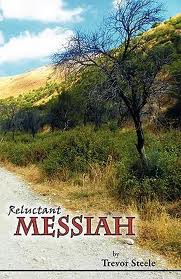 This book, based on a large amount of research, seeks to explore Jesus’ actual life before he became an object of deification and falsification. It follows him from his humble birth, his gradual development of healing powers, his years as an Essene monk, his short campaign as a charismatic healer-preacher, to his ghastly death and what happened after the death.

Every page is packed with details of life at that time, its intellectual currents and political developments.

The core text is the manuscript of Aurelius, an officer of the Roman army of occupation, who interviewed many people just a few years after the crucifixion and wrote this biography. But we read it through the eyes of a black American cardinal of the twenty-first century.

Jesus is unquestionably, even today, one of the most important of all historical figures. But there are so many inconsistencies in the canonical literature that many a researcher is inclined to doubt whether we can ever get a clear picture of Jesus’ life and death. A particular problem is that the gospels largely follow the antisemitic school of St Paul, who entirely ignored the personal history of the very Jewish Messiah.